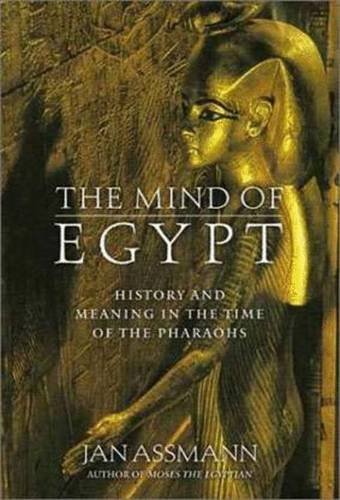 THE MIND OF EGYPT: History and Meaning in the Time of the Pharaohs

Originally published in 1996, this is both an intellectual history of ancient Egypt and an exploration in which "the course of events forms the backdrop and the discourses generating and reflecting meaning occupy the front of the stage." In other words, here's a book about history—and how it's made and interpreted—as much as it is about Egypt. Assmann's dense and scholarly tome draws on a wide variety of sources, from literature and archeology to iconography, to trace a portrait of Egyptian civilization from 5000 B.C.E. to the beginnings of Christianity. It has no central thesis, as such, but examines a fascinating array of material, some of it well known (Piye's victory stele) and some of it more obscure (a wide variety of hymns and literary lamentations). The translation is by and large excellent, and yet the book is still rather difficult to wade through. The author's preoccupation with theory may trouble readers who are accustomed to a more narrative presentation; his application of the concept of Cosmotheism is traditional, for example, and so the introduction of terminology like Cosmohermeneutics seems to complicate things unnecessarily. Assmann () is a distinguished Egyptologist, and this book will appeal greatly to the field's academics and professionals, as well as seriously dedicated Egyptophiles. Unfortunately, one of the major attractions in any publication on ancient Egypt is absent—good photographs of the culture's spectacular legacy in art (there are only eight illustrations). There are, however, endnotes, a basic chronology, and a useful key to the Egyptian gods.