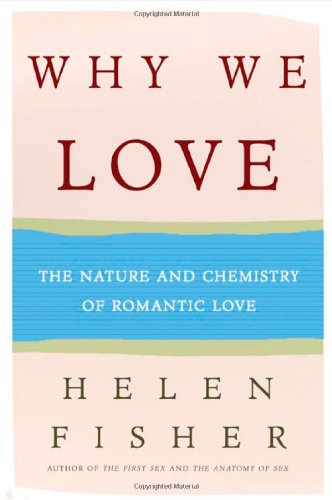 WHY WE LOVE: The Nature and Chemistry of Romantic Love

Anthropologist Fisher argues that much of our romantic behavior is hard-wired in this provocative examination of love. Her case is bolstered by behavioral research into the effects of two crucial chemicals, norepinephrine and dopamine, and by surveys she conducted across broad populations. When we fall in love, she says, our brains create dramatic surges of energy that fuel such feelings as passion, obsessiveness, joy and jealousy. Fisher devotes a fascinating and substantial chapter to the appearance of romance and love among non-human animals, and composes careful theories about early humans in love. One of her many surprising conclusions suggests that, since "four-year birth intervals were the regular pattern of birth spacing during our long human prehistory," our modern brains still deal with relationships in serially monogamous terms of about four years. Indeed, Fisher gathered data from around the world showing that divorce was most prevalent in the fourth year of marriage, when a couple had a single dependent child. Fisher also reports on the behaviors that lead to successful lifelong partnerships and offers, based on what she's observed, numerous tips on staying in love. And though she's certain that chemicals are at love's heart, Fisher never loses her sense of the emotion's power or poetry.