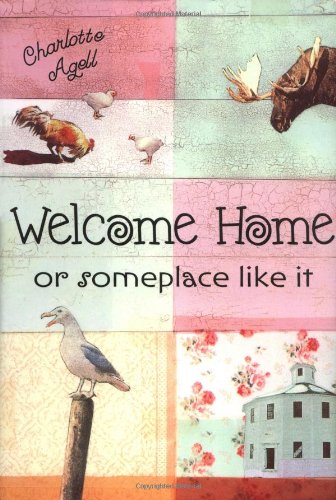 Spunky and observant, 13-year-old Aggie B. Wing narrates picture book author/artist Agell's ( ) perky debut novel, presented in the form of "Notebook #27," Aggie's illustrated journal. Aggie and her 16-year-old brother, Thorne, have just met their nonagenarian grandfather when their romance-novelist mother decides to leave them at his house in small-town Maine, so she can research her latest work in Niagara Falls. (Mom goes off so often that Aggie speculates anxiously, "Maybe I give her writer's block or something, and why she always has to leave.") Aggie and Thorne slowly warm up to the quirky townspeople, and to their 91-year-old grandfather, who does jigsaw puzzles by night, sleeps in the day and, occasionally, takes prophetic telephone calls from his foot. As summer lazily unfolds, Aggie makes a friend who is an avid naturalist, discovers that her mother had a twin brother who died at 17, teaches her grandfather to swim and then has to rescue him, and more. The biggest news is a "miracle" that occurs at the local church where Thorne works; for Aggie, feeling like she finally has a home is miracle enough. This novel may suffer from the comparisons it inevitably invites with Polly Horvath's , which shares much the same premise, but Aggie's lively voice and agile commentary will keep readers engaged. Ages 9-15.