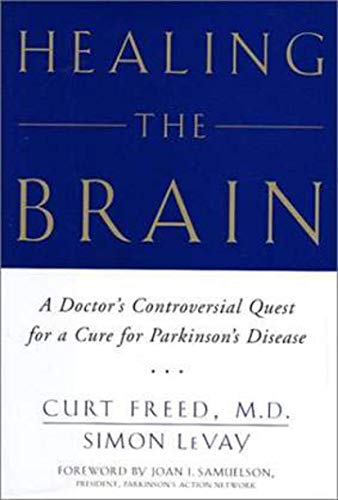 HEALING THE BRAIN: A Doctor's Controversial Quest for a Cell Therapy to Cure Parkinson's Disease

Freed, director of the neuroscience and neurotransplant programs at the University of Colorado, organized some of the earliest American fetal tissue transplant experiments on Parkinson's Disease patients in 1995. Here, he collaborates with science writer LeVay () to recount his controversial double-blind studies. Freed gives a brief background on the biology of the disease and the history of Parkinson's treatments, but most of the book is devoted to his own surgical experiment, which involved 40 volunteer Parkinson's patients, half of whom received transplanted cells while the other group underwent sham surgeries. Freed describes the surgical procedures in detail, following particular patients through their operations and convalescence. The results of the study were mixed—some patients showed vast improvement while others showed little—and Freed speculates about why this was and what it means for future treatments and research. He also describes the various political roadblocks his team encountered, beginning with the Reagan administration's first moratorium on federal funding for fetal tissue research in 1987. Indeed, for some readers Freed's use of fetal cells, as well as his reliance on double-blind studies, may raise ethical questions. Nonetheless, the book is a lucid and engrossing medical detective story that will especially interest those whose lives have been affected by the disease. The medical details may stymie some readers, though Freed goes far in making these accessible to those without a science background. ()