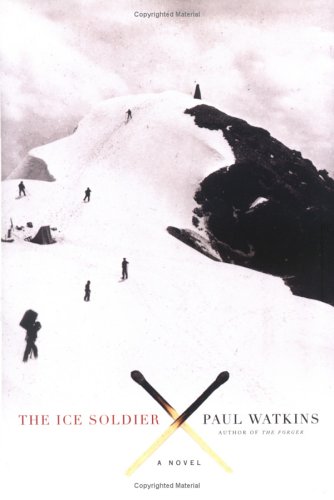 When asked why he wanted to climb Everest, British mountaineer George Mallory famously replied "Because it's there." For William Bromley, narrator of this vivid, elegant novel, the reasons for scaling Carton's Rock, a formidable pinnacle in the Italian Alps, are more complex. By 1950, his WWII service as a Royal Marines mountaineering instructor behind him, Bromley has settled down. He teaches at a London boy's school, he reads and on Fridays he gets drunk at the club with his best friend, Stanley. The resurfacing of an old climbing partner—a participant in a disastrous wartime mission, which Bromley led, to install a radio transmitter atop Carton's Rock—triggers guilty memories. And when Stanley's uncle Henry Carton, a renowned former climber, commits suicide and asks, as his last request, that his body be taken to the top of his namesake mountain, Bromley, seeking absolution, sets off with Stanley for the Alps. The final third of the novel details their gripping journey as they confront avalanche, hidden crevasses, and lost gear and food, all the while lugging Carton's coffin up the glacier. Watkins ( ; ) is fluent in "the languages of rock and cloud and ice," and his empathy creates a clear portrait of a man refusing to be undone by the past.