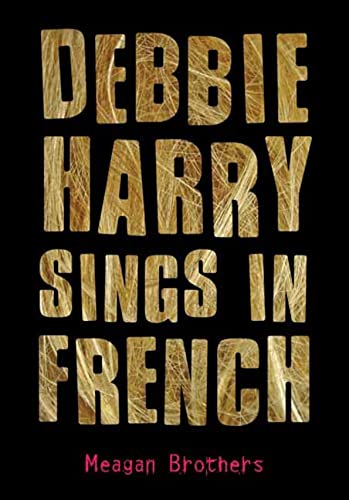 In this impressive debut novel, the “problem” (transvestitism) is so nimbly woven into the narrative that it will barely surprise readers. After a successful stay at a rehab facility, 17-year-old Johnny, a recovering alcoholic, is sent by his mother to live with her late husband's brother, Sam. There he begins a relationship with fellow prep-school student Maria; they bond over music and over their outcast status (classmates falsely assume Johnny is gay and taunt him). Johnny harbors a throwback fascination with Debbie Harry (“I imagined her as a cross between Jean Seberg from and the St. Pauli Girl. I wanted that voice to sing to me forever”), and Maria nurtures it, even when it folds into a desire to look like Harry—tough and beautiful. It's Maria who encourages him to perform, dressed as Harry, in a drag contest. Meanwhile Johnny's relationship with his uncle provides some of the most touching scenes: through Sam, Johnny comes to know his late father not as a withdrawn, road-weary businessman but as someone more surprising (and more like him). Although the novel can feel plot-heavy, the brisk pace and the strong-willed, empathetic narrator will keep readers fully engaged. Ages 14–up.