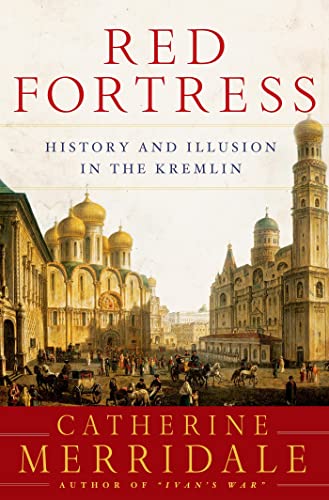 Red Fortress: History and Illusion in the Kremlin

An established author of several Russian histories, Merridale (Ivan’s War), professor at Queen Mary University of London, turns to what she considers the metaphor for much of that country’s beleaguered history—that is, the Kremlin itself. Using the Kremlin as kind of historical lens, Merridale begins her story with Russia’s obscure medieval origins, when a Viking tribe now known as the Rus invaded Slavic lands and began to lay the foundations of a culture and civilization with its indigenous peoples. We are then led on an extensive and meticulous journey through Russian history, which includes all the familiar giants on display—Ivan the Terrible, Peter the Great, Lenin, Stalin—in addition to some lesser known but influential Russian dignitaries. How did each of these figures perceive Moscow’s red fortress (which dates from the 15th century), and how did each use it achieve their political ends? More importantly, how have Russia’s leaders taken a history that is often either “difficult, contested, or fragmentary” and melded it to fit the pervading ideology of the day? With thorough research, including rare access into the Kremlin’s dusty, permission-only archives, Merridale address these questions and many more to weave an insightful, fascinating tale. Four maps + two 8-page color inserts. Agent: Peter Robinson; Rogers, Coleridge, & White (U.K.). (Nov.)
close
Details