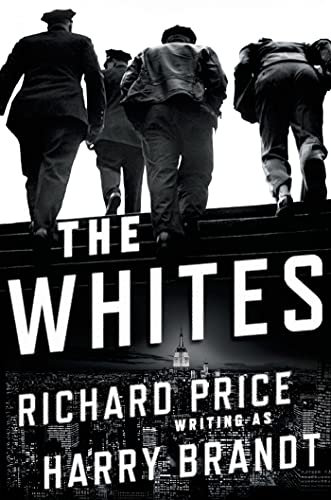 Price (Lush Life) is one whale of a storyteller by any name, as evinced by the debut of his new brand--okay, Brandt's gripping, gritty, Greek tragedy of cops, killers, and the sometimes-blurry line between them. The sprawling tale centers on stoic police sergeant Billy Graves, banished to the purgatory of the NYPD's night watch since his role in a racially charged, politically explosive double shooting a decade earlier. Despite the adrenaline-pumping emergencies that routinely erupt during his 1 a.m. tour, he has time to obsess over his troubled wife, Carmen; his increasingly demented father, Billy Sr., a retired former chief of patrol; and, most of all, his "White" (that's what Billy, with a harpoon salute to Melville's tormented mariner, calls the one who got away): triple-murderer Curtis Taft. He's the elusive monster Billy is fated to hunt, probably even after retirement--to judge from the way Billy's former colleagues in the Bronx, a group calling themselves the Wild Geese, continue to hunt their own Whites. Suddenly, one of Billy's friends' Whites turns up murdered amid a St. Patrick's Day scrum at Penn Station. Soon a second disappears. And then it starts to look as if someone is stalking Billy's family. The author skillfully manipulates these multiple story lines for peak suspense, as his arresting characters careen toward a devastating final reckoning. Author tour. Agent: Lynn Nesbit, Janklow & Nesbit Associates. (Feb.)
close
Details