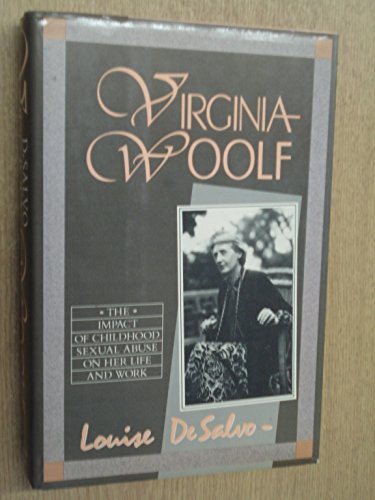 Virginia Woolf: The Impact of Childhood Sexual Abuse on Her Life and Work

Required reading for fans of Woolf, this superlative study traces the impact of early sexual abuse on her personality and her writing. Beginning when she was six, she was regularly abused for many years by her resentful half-brothers, Gerald and George Duckworth, according to her own testimony. George also turned his erotic attentions on Virginia's sister Vanessa, and, by their own admission, the two sisters were homoerotically involved with each other. After their mother's death in 1895, when Virginia was 13, their father, Leslie, apparently turned for sexual fulfillment to his passive stepdaughter Stella, whose family nickname was ``the Cow.'' J. K. (``Jem'') Stephen, Virginia's flamboyantly aggressive cousin who went mad, also seems to have had his way with one or more girls in this dysfunctional household. While these horrors have been touched on by Woolf's biographers, DeSalvo, professor of English at Hunter College in Manhattan, delves further than other scholars to dig out what probably, or definitely, happened, and how incest left the novelist feeling betrayed, helpless and tainted. Much of Woolf's writing can be read as an exploration of adolescence in which women are trained to fulfill a subservient role. DeSalvo's insightful analysis of selected works is a major step toward a reappraisal of Woolf's feminism. Photos. (Apr.)
close
Details