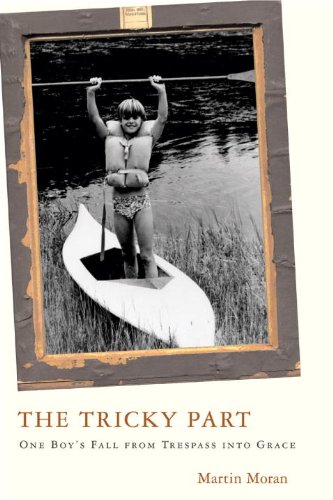 The Tricky Part: One Boy's Fall from Trespass into Grace

To everyone else in the Denver neighborhood where he grew up in the '70s, Moran was a studious Catholic boy. No one knew he carried a secret that would fester for 30 years and lead to extreme anxiety, sexual compulsion and suicide attempts. At age 12 he met Bob, a church camp counselor in his 30s who, for several years, took Moran hiking and camping, and had sex with him. Moran painfully recounts the inner workings of a lonely, insecure adolescent who, out of a desperate need for friendship and acceptance, continued a sexual relationship with a man 20 years his senior. Feeling guilty and shameful regarding the affair and his homosexuality, Moran lived a life in which the erotic and the illicit fused, and compulsive sex became a means of self-punishment. Over the years, Moran, now a writer and actor, managed to glean bits of guidance and self-acceptance from his aunt, a contemplative nun; a New Age music teacher; friends; and eventually, recovery groups and therapy. Moran's Catholic-American gothic differs from other abuse/recovery/coming-out memoirs in that it examines a uniquely gay mind/body split as it subtly reflects on a gay man's spiritual quest for self-determination and love.