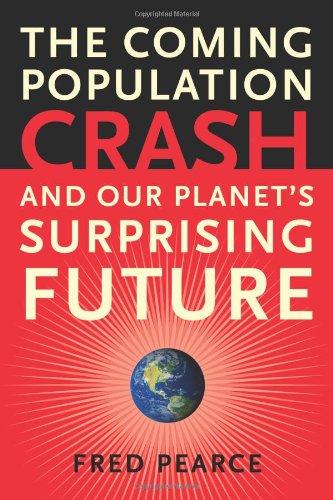 The Coming Population Crash and Our Planet's Surprising Future

“Demography is destiny. But not always in the way we imagine,” begins Pearce ( ) in his fascinating analysis of how global population trends have shaped, and been shaped by, political and cultural shifts. He starts with Robert Malthus, whose concept of overpopulation—explicitly of the uneducated and poor classes—and depleted resources influenced two centuries of population and environmental theory, from early eugenicists (including Margaret Sanger) to the British colonial administrators presiding over India and Ireland. Pearce examines the roots of the incipient crash in global population in decades of mass sterilizations and such government interventions as Mao's one child program. Many nations are breeding at less then replacement numbers (including not only the well-publicized crises in Western Europe and Japan, but also Iran, Australia, South Africa, and possibly soon China and India). Highly readable and marked by first-class reportage, Pearce's book also highlights those at the helm of these vastly influential decisions—the families themselves, from working-class English families of the industrial revolution to the young women currently working in the factories of Bangladesh.