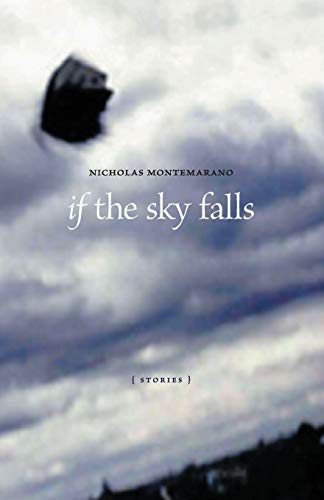 If the Sky Falls

Montemarano plays with the purpose and effect of storytelling in his dark, powerful debut collection (after ) even as he crafts believably troubled psyches. The unreliable narrators of these 11 first-person stories are haunted by memories of violence and cruelty they can neither forget nor make sense of; only occasionally do they find redemption and tenderness in unexpected ways. In "To Fall Apart,'' a man revisits his sister's childhood disappearance, "the story I have revised so many times that it is now more memory than imagination,'' fantasizing a different, happier ending for her. Stories serve this man as anodynes, albeit temporary ones, allowing him some form of dignity and hope. In "The Usual Human Disabilities,'' a caretaker for two imperious cerebral palsy sufferers cracks under the pressure of his thankless work and abuses his charges in a warped effort to treat them extra-special. "The November 15" is a deeply disturbing account of a man broken by arbitrary torture. The stylistically playful if not so readable piece, "The Worst Degree of Unforgivable,'' details obsessive-compulsive behavior and barely suppressed rage via an 11-page-long single sentence. Montemarano handles brutality and abjection with ambiguity and subtlety while taking assured metafictional leaps. .