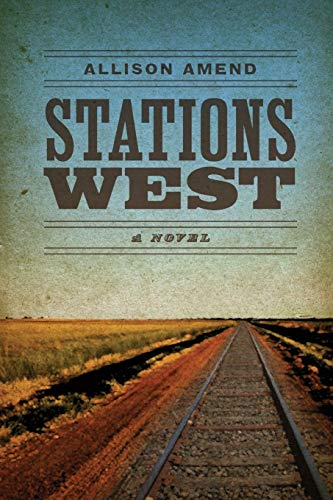 Amend’s debut novel (after the collection ) is the thin and grim multigenerational story of a pioneer family hacking its way through the frontier states, beginning with the 1880 marriage of Jewish-Cherokee dishwasher Moshe Haurowitz to pregnant Irish prostitute Alice O’Malley in Orerich, Colo. After Moshe abandons Alice and baby Garfield, he works for the railroad and later returns to fetch Garfield, father and son eventually settling in Denton Station, Okla., where they form a business partnership with a family of Swedes headed by Fritz and Rika. Garfield, now a hotheaded adolescent, falls in love with Fritz and Rika’s pregnant daughter, Dora, and runs away to ride the rails, changing his name and staking his fortune in oil before settling down in “the land of misfits and can’t-get-alongs.” Amend dashes through some 50 years and four generations, but the brisk pace shortchanges drama and character development—except for Garfield, who emerges as a shrewd and forceful personality—and leaves the reader feeling underwhelmed by what could be an immersive epic.