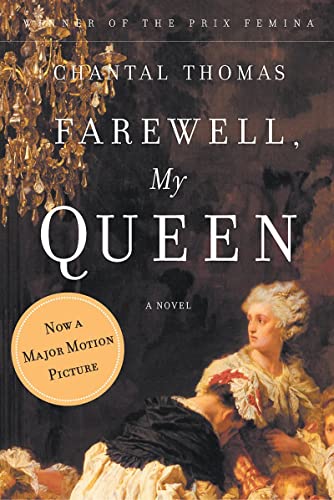 The final days of the French Revolution are viewed from a curious perspective in this graceful, exquisitely detailed novel, narrated by Marie-Antoinette's reader ("deputy reader, I should say"), Madam Agathe-Sidonie Laborde. Ensconced in her Vienna apartment 20 years after the downfall of Louis XVI and his queen, the 65-year-old Laborde recalls her life with Marie-Antoinette during the pivotal power shift in July of 1789. An introductory chapter sets the scene, portraying the opulence of court life in Versailles, but also its epidemics and miasmas. Built on a swamp, it is plagued by invasions of insects and rats, and their swarming foreshadows the looming collapse of the monarchy. Events come to a head over the course of three days—July 14–16, 1789—and Thomas concentrates her account on their span. Court life is so insular that the nobles react with disbelief as rumors spread about the storming of the Bastille. When the news becomes impossible to ignore, Marie-Antoinette finally makes her aborted attempt to leave Versailles, even as Louis XVI pulls his troops from the city in an effort to defuse the rebellion. As the end nears for the regime, Laborde makes a desperate effort to escape Versailles. The story of Marie-Antoinette's final days is well known, so the delights of this rendition lie in the details. Laborde is a keen observer of the queen's moods and appearance, and her attempts to cheer her mistress with well-chosen passages gives her story extra depth. Like the tiny enamel painting of Marie-Antoinette's bright blue eye that inspires Laborde's reminiscences, this is a cunning, gemlike miniature.