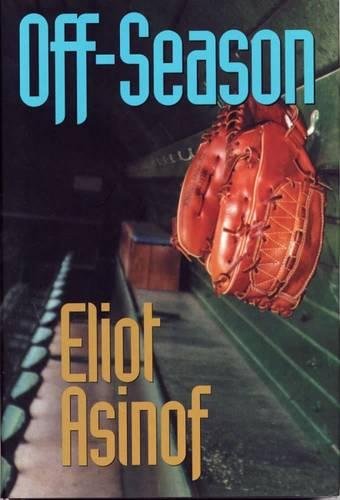 Eight Men Out, Asinof's acclaimed nonfiction account of the 1919 Black Sox Scandal, is his primary claim to fame; his first foray into fiction, Man on Spikes, was not as successful, commercially or critically. Asinof's new novel, about a baseball superstar's reckoning with his past, falls in between. It's admirably ambitious, but it shies away from the kind of kinetic sports descriptions Asinof is known for. John Clyde Cagle Jr., aka ""Black Jack,"" is one of baseball's most successful pitchers. He has a $100-million Dodgers contract, and with a beautiful girlfriend who happens to be the Dodger owner's daughter, product endorsements, tours and publicity, he is poised to earn further millions. He donates $2 million to build a baseball field in his dumpy, backwater home town of Gandee, Mo., then returns there for the first time since high school to celebrate the opening of Black Jack Field. But the returning hero has a secret he'd just as soon forget: as a teen he was just an average pitcher, and it was only through the brilliant coaching of his high school batting mate, Cyrus Coles, that he became the star he is. Cyrus, a black auto mechanic who never had a chance of turning pro, is murdered on the way to the ceremony, and Cyrus's upright, truthful wife, Ruby, is charged with the murder. Jack is sure that Ruby is innocent, so he leaves his plush, glamorous environment to take time to exonerate her. A mouthy female reporter for the local newspaper, who Jack disastrously dated in high school, gets irritatingly involved with Jack's life. Readers will intuit the mystery's solution, especially given the heavy foreshadowing weighing down the relationship between Jack and his overbearing father, who's the sheriff of Gandee, above suspicion although virulently racist. The novel comes to a tidy conclusion, but its sparkling, suspenseful passages about baseball are overwhelmed by Asinsof's more sentimental themes. (Apr.)
close
Details