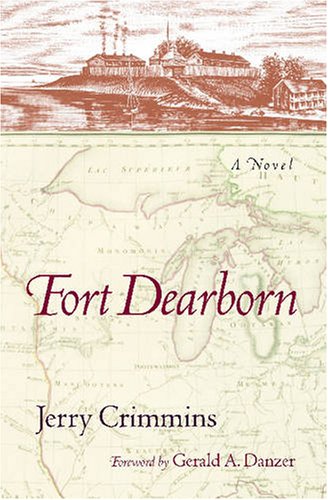 Veteran Chicago reporter and editor Crimmins ( ) explores the Windy City's roots in this vividly imagined and scrupulously documented historical. Fort Dearborn is established in 1803 as an isolated outpost near the confluence of the Chicago River and Lake Michigan, deep in Indian country. The fort, home to 81 soldiers and their families, shares its favorable site with a handful of other settlers including a wealthy Indian trader, John Kinzie. After 20 years of uneasy truce, Indian tribes in the Northwest Territory, loosely affiliated under the charismatic leadership of a Shawnee chief, Tecumseh, and allied with the English, attack vulnerable American frontier garrisons as the war of 1812 breaks out. A coalition of tribes led by the neighboring Potawatomies set their sights on Dearborn. Crimmins populates his novel with historical figures drawn from his extensive research, but he employs two fictional characters—Jimmy Wheeler, the young son of one of the fort's soldiers, and Jimmy's friend Strong Pike, a young Potawatomie boy who lives nearby—to present a balanced microcosm of an epic struggle.