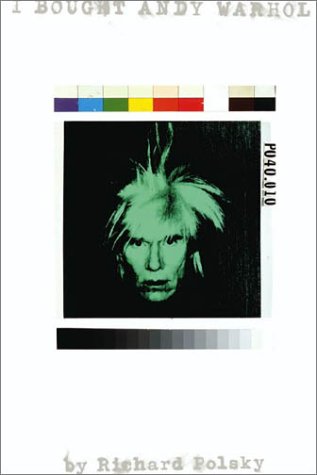 When Warhol died in 1987, Polsky, owner of San Francisco's Acme Art gallery, committed $100,000 and the next 12 years to obtaining a Warhol original, hoping to "join the elite group of people who recognized [Warhol's] brilliance and owned a small but glamorous part of it." Readers who expect that statement to foreshadow disenchantment will wait in vain. As a reputable dealer, artnet.com contributor and the author of serial , Polsky brings the uninitiated an authoritative, historically informed introduction to a rather shady trade. He rehashes, for instance, the lore regarding the Warhol estate, which reportedly secreted his works away to private collections to stage their scarcity after Warhol's death. When finally surfaced at auction, billed "not as a painting, but as an icon," it sold for $17.3 million. But while he adeptly expounds the market's plunge from the heady '80s to the early '90s, Polsky makes his own "four-year war of attrition," including his sporting concession to ride the New York subway, seems like tepid fare. Still, for the curious, Polsky serves up endless insider antics and telling tableaus: a food fight that results in a damaged Ruscha, an L.A. gallery that christens its opening by carpeting Rodeo Drive in white. Perhaps most amusing is a collector who displays, among Rene Magrittes and Francis Bacons, rare insects and taxidermied house pets, which Polsky wanly appreciates as offering "provocative counterpoint." Warhol shadows the scene like a spectral under-painting: his tender cosmetic treatment of endangered species and dollar signs alike bespeaks a wry indifference to subject, allowing prized items to be as banal as obsession itself. Polsky's unabashed esteem for rarity is a curious tribute to the democratic side of the artist whose icon he seeks. Any artworlder over 40 will read his account anyway.