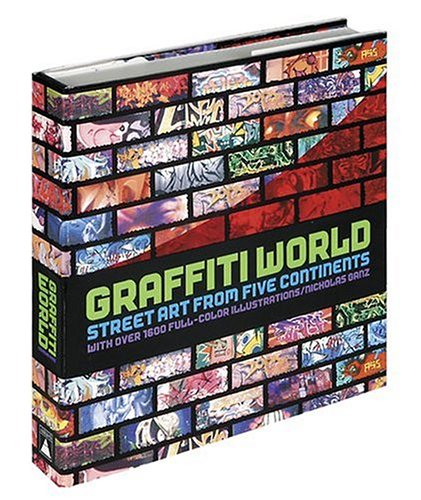 Following the unrelated project (powerHouse), which also took an auteur-based approach this past season, Granz (whose pen name is Keinom) widens the scope to present those he sees as the world's top graffiti writers, offering alphabetical sections of artists from the Americas, Europe and "The Rest of the World." Short prefatory histories put New York at the center of the modern graffiti world, with South American countries like Brazil later having "reached a high standard." The work is beautifully photographed throughout; multiple pieces by each artist are laid out appealingly over verso-recto spreads, along with a paragraph by Granz detailing the artist's origins and the main thrust of the work (and occasionally a photo of the artist him or herself). From gigantic murals to tiny stickers, Granz has seen and photographed it all and talks knowledgeably about everything from "wildstyle" fontage to the non-orthographically based "character culture," where artists create (and replicate) cartoonish figures in various figurative exploits. Striking a colloquial balance between insider's knowledge and thoughtful presentation, Granz's book should be durable for its cohesion of vision, if not for the scale of presentation of each artist.