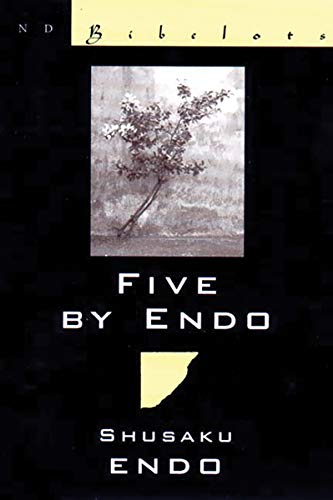 Not as well known in the West as Mishima or Kawabata, the late Endo is one of Japan's most revered novelists, his most famous work being Silence, in which the Roman Catholic author deals with the torture and martyrdom of Christians in 17th-century Japan. That theme carries over into the first two of these finely crafted and engaging stories. ""Unzen"" tells of a Japanese history student who visits the Valley of Hell, where Christians were tortured in the hot springs on Mt. Unzen. Mired in his own ""spiritual slovenliness,"" the student struggles to understand why they embraced martyrdom. ""Why had they been so indomitable?"" he asks. ""Japanese in Warsaw"" is a moving and merciless story of 10 Japanese businessmen who visit Warsaw mainly for the impoverished, beautiful prostitutes. The tourists mock the city and are uninterested in its history, but their trip takes on an unexpected resonance when they learn that Warsaw residents associate the Japanese men with a noble Polish priest, Father Kolbe, who once lived in Nagasaki, and who was killed at Auschwitz. This story ends with an eerie revelation, and there is an eerieness, too, to ""The Box,"" in which a collection of letters and postcards delineate the life of a French/Japanese woman who may have been a spy during WWII. In ""A Fifty-year-old Man,"" Mr. Chiba, feeling his mortality, takes up ballroom dancing as he deals with his brother's illness and the death of his faithful dog. The final story is the opening chapter of Endo's novel Deep River, in which Isobe's dying wife sets the plot in motion by saying to him, ""... I'll be reborn somewhere in this world. Look for me... find me... promise... promise!"" Endo's sentences are as ephemeral (and as beautiful) as mist, yet they evoke sights, sounds, tastes and smells to make the ordinary exquisite. Like a mouthwatering appetizer, this small sampler will stimulate a hunger for more of Endo's work. (June)
close
Details