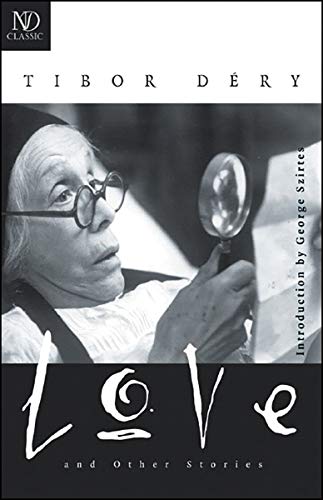 Love and Other Stories

Déry (1894–1977) was a noted Hungarian Communist intellectual imprisoned three times by various regimes, including Hungary's Stalinist government, over his long career. Some of the 12 short stories here have not aged particularly well, nor have the translations, most of which are from the 1960s. The best, though, are highly calibrated, compressing years of horror into a few pages. "Love" (the basis for a 1971 Hungarian film) tracks the release of a political prisoner who is suddenly and arbitrarily returned to his family, resulting in an extremely moving controlled catharsis. "Two Women" also concerns a political prisoner, with a structural innovation: the prisoner is completely absent from the story, just as he has been forcibly removed from the lives of his wife and mother. A grim series of linked stories called "Games of the Underworld," first published in 1946, illustrates the WWII occupation of Budapest on the eve of the Russian liberation, now seems somewhat saturated by its subject. Though Nobel laureate Imre Kertész remains the known postwar Hungarian for U.S. readers, this retrospective collection (with a reasonably informative introduction from poet Szirtes) should remind them of Déry's central place in modern Hungarian literature.