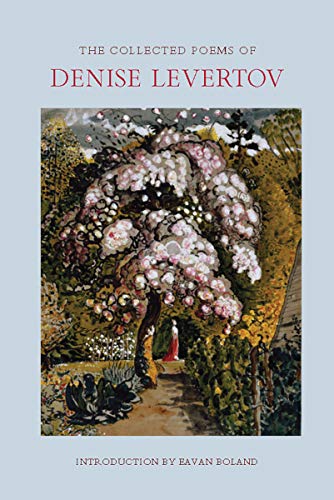 Everything is threatened, but meanwhile/ everything presents itself”: Levertov’s late-career exclamation might serve as a motto for this earnest, enormous, gathering of her once-celebrated, still controversial poems, a collection that could prompt a revival. Present-day critics and poets remember her unadorned free verse of the 1950s and early 1960s, with its clear focus on real things, alongside her fierce, copious, overtly political (some said strident, or shrill) writings from the 1960s and 1970s, against the war in Vietnam, and then for other public causes (antinuclear, antipoverty, El Salvadoran): “While we lie in the road to block traffic from the air force base,/ over there the dead are strewn in the roads.” No reader can avoid Levertov’s politics; but this volume reveals, if not many different styles, at least many other topics and goals over 19 books and six decades. Born and raised in England, of Jewish heritage, Levertov (1923–1997) settled first in northern California, and then outside Boston: British childhood, Mexican travels, protest-era Berkeley, and latter-day New England all inform her landscape and memories. So do other poets’ lives, French and American; sex and (remarkably) amicable divorce; an allegorical adopted pig; the early death of her sister; and, in Levertov’s final collections, the saints and pieties of Christian belief. “What is the revolution I’m driven/ to name, to live in?” she asked in To Stay Alive (1971), but the revolution was only the beginning. If Levertov found it “difficult to write/ of the real image, real hand, the heart/ of day or autumn,” her poetry often did it nevertheless; though she became known for protests, even for rage, her best work shows her at her happiest: “you whose joy is a kite/ now dragged in dirt, now/ breaking the ritual of sky.” (Nov.)
close
Details