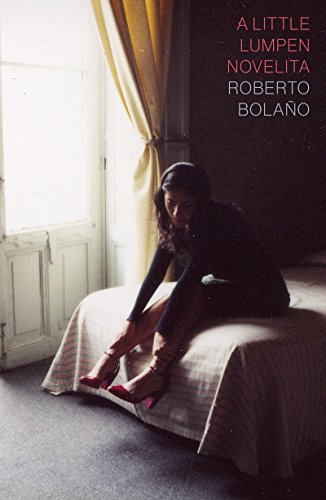 What is left to be said about Roberto Bolaño? And what could be said about A Little Lumpen Novelita, a slim novel that holds the distinction of being the final Bolaño book to be published in English? It’s understandable that the release of yet another of the author’s books might be met with eye rolls. But even though A Little Lumpen Novelita is not Bolaño’s best book, it’s still one of the best books of the year.

Slightly longer than a chapbook, A Little Lumpen Novelita feels as substantial as a book three times as long, because Bolaño keeps his scope small and frantically explores all the little crawl spaces of the story. There are two main settings: an apartment and a house, both in Rome. There are five characters, one of whom is the restless narrator, Bianca.

Bianca and her brother are orphans—“somehow that justified everything,” she says in the opening paragraph—and the death of their parents triggers an extended disillusioned period in her life. On the surface, the story has an aimless quality that reflects Bianca’s mind-set. The siblings pass their days without spending any money, trying to live off what’s left behind by their parents. They mainly watch TV. Bianca works at a salon and her brother works at a gym; one day, he brings home two men (“They weren’t his friends, though my brother chose to think they were”), known only as the Libyan and the Bolognan. The chief difference between the two seems to be that the Bolognan is good at answering questions from TV trivia shows. Bianca sleeps with them sometimes, but she leaves the lights off and can’t tell them apart. More days pass. Eventually, the four hatch a plan to rob an old, blind movie actor.

Though the plot is linear, the “secret story,” as the author liked to call it, bends and twists, refusing to be pinned down, and thus drives the reader to glorious distraction. This is the book’s real draw. A Little Lumpen Novelita bears Bolaño’s hallmarks: dread, detective work, and dreams (two standouts include one about an apologetic parrot that’s too heavy to fly and one in which the dead parents are worms dragging themselves across pavement). Underneath the plot, one senses, like Bianca, something lurking and waiting to reveal itself, a great truth of existence, an answer to a question she can’t ask or is not ready to ask yet. At one point, she fills out a trashy magazine quiz: “‘What’s a good age to die?’ Thirty-six, maybe. Before I turn forty.… ‘What kind of geological feature would you be?’ A deep-sea trench.… ‘Would you call yourself attractive?’ Yes. ‘Would you call yourself intelligent?’ No.” Easy answers are an illusion in this story, and either everything or nothing means something important.

If a reader places A Little Lumpen Novelita alongside the towering prose storms of The Savage Detectives and 2666, it will inevitably be blown away. But that’s not the way to look at it. Bolaño’s short novels and novellas distill his obsessions, but just like his longer works, they can drive you wild with a vague but definite sense that you’re onto something—and that if you keep searching, you’ll find out what it is.

This is a glittering gem, as maddening and haunting as you’d expect from Bolaño.