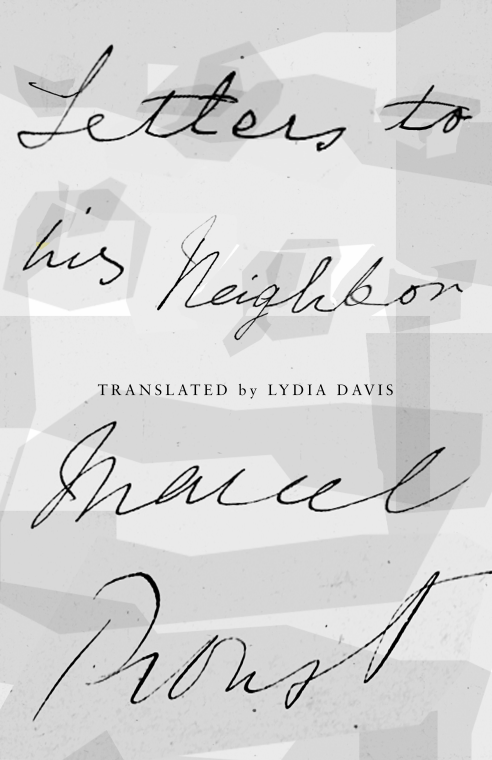 Letters to His Neighbor

Even literary greats, it turns out, are not immune to the vagaries of apartment living, as proved by this slim but enchanting volume of recently recovered letters. While living at 102 Boulevard Haussmann in Paris, Proust found his already-frayed nerves and delicate health strained to their breaking point by an office directly overhead belonging to an American dentist. Proust thus embarked on a charm offensive against his neighbors, writing primarily to the dentist's French wife, Marie, who lived with her husband elsewhere in the building. Though born of frustration, the correspondence also brought rewards, as Proust found himself in empathetic accord with this artistically inclined woman, seemingly constrained by her life as a dentist's wife. Proust and Marie also suffered from frequent illnesses, a topic over which they seem to have bonded. The letters start in approximately 1909 and continue until 1916. Though the overall picture is fractured by the fact that we do not have Marie's side of the story, Proust's letters brim with wit, grace, and reflection. Context is provided by an introduction by Proust biographer Jean-Yves Tadi%C3%A9 and a translator's note by Davis, who previously translated Swann's Way. (Aug.)

This review has been corrected; a previous version listed the wrong publisher.