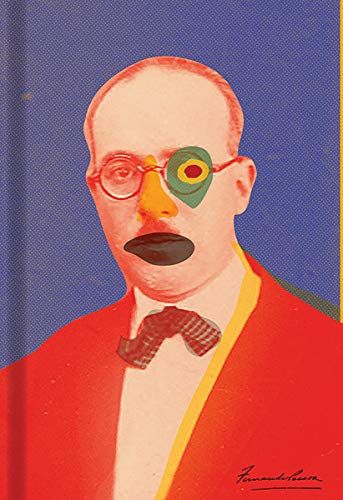 The Book of Disquiet

A triumph of scholarship and translation, this collaboration between editor Pizarro and translator Jull Costa presents in English one of the greatest works of Portuguese fiction in its entirety for the first time. Composed mostly on the eve and during the aftermath of World War I, The Book of Disquiet looks movingly at inertia and refusal; it’s the Portuguese cousin of “Bartleby, the Scrivener” and Waiting for Godot.

First published in 1982, 47 years after Pessoa’s death, The Book of Disquiet presents a series of “random impressions,” diarylike passages that double as articulations of personal philosophy. Arranging these fragments chronologically for the first time, Pizarro reveals that Pessoa composed them in the voices of two distinct characters: the office clerk Vicente Guedes and the bookkeeper Bernardo Soares.

Pessoa wrote Guedes’s section first, and it’s easy to see why these earlier texts, which date from 1913 to 1920, have been left out or buried among Soares’s entries in previous editions of the novel. Guedes is all preening self-absorption and jejune metaphysics; he’s like an introverted version of Dadaist Tristan Tzara. “I want your reading of this book to leave you with the sense of having lived through some voluptuous nightmare,” he declares.

Pessoa himself planned a “rigorous” pruning and revision of Guedes’s droning that never occurred, and newcomers to The Book of Disquiet should consider skipping straight to Soares’s half. This is the text that has earned the novel’s standing as Pessoa’s pièce de resistance. Where Guedes imagines himself a gifted dreamer trapped in a prison cell, Soares wryly likens himself to a “little girl embroidering pillowcases” to pass the time. This is more than a difference in tone; Soares sees an existential fraternity that Guedes does not. Sitting in his “pokey office,” he recognizes himself as one of many people who make their way through life with “sad, exalted hearts.” He notes: “I had great ambitions and extravagant dreams, but so did the errand boy and the seamstress.... The only thing that distinguishes me from them is that I can write.”

Embroidering the skies and streets of Lisbon, and his own interior moodscapes, into words is the one comfort left to an orphan who has witnessed “so many noble ideas fallen onto the dungheap.” Jull Costa, who first took a crack at The Book of Disquiet early in her career, gorgeously renders Soares’s melancholy descriptions. In a novel almost entirely stripped of plot and secondary characters, the fresh translation of these exquisite scenes is everything.

Pessoa created more than 70 authorial characters, or “heteronyms,” over his lifetime, but Soares was the one most similar to the author. His final entries were composed in 1934, a year before Pessoa’s death. Through Soares, we can begin to fathom why Pessoa produced trunks full of manuscripts that were published only after he died. Pursuing anything in this world is folly, Soares thinks, but “to know how to exist through the written voice and the intellectual image! That’s what life is about.”

Marcela Valdes is a contributing writer for the New York Times Magazine and a former board member of the National Book Critics Circle.