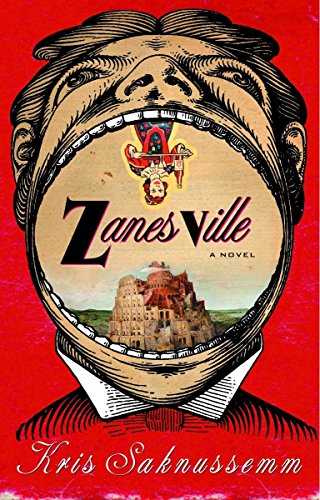 Saknussemm's debut novel describes the picaresque wanderings of a Zelig-like character through a post-apocalyptic America where psychotropic drug dependency and bodily mutilation/alteration are the order of the day. The protagonist, Clearfather, awakens as a middle-aged man in a future Central Park, with vague childhood memories and an outsize member. He makes his way through an America in which the divide between public and private is so nonexistent that the U.S. government itself is privatized, outsourced to the monolithic drug manufacturer, Vitessa Cultporation. Searching for his identity and an explanation of the current state of the barely unified union, Clearfather encounters deposed sex-obsessed–drug-addicted corporate scions, lesbian motorcycle gangs, gay heavyweights and possibly the creator of the universe, at least in its current state. Saknussemm creates a self-contained, sci-fi world where celebrity worship is pervasive and holographic mascots, "eidolons," stand in as shills for everything from fast-food haggis to "Childrite nurturing centers." Tedious action sequences between warring factions and an autistic attention to authorial eschatology make this a long trudge. But it is just a slight step into the imaginative ether to see how many of the novel's obsessions are endgame imaginings of current societal problems.