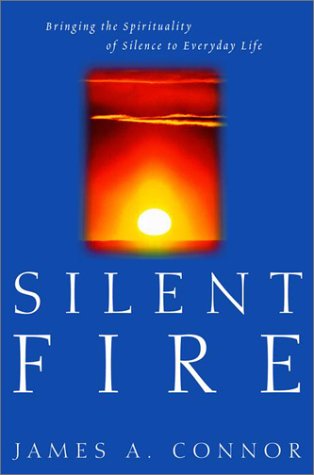 SILENT FIRE: Bringing the Spirituality of Silence to Everyday Life

This exquisite book is desperately needed in a world too much in love with auditory stimulation. It also is extremely timely in the wake of recent terrorist attacks on the United States. Connor's message about the importance of cultivating silence is sure to be welcomed by those who have grown more reflective in the aftermath of the tragedy; it may also spell relief for all who have been numbed by the tidal wave of words from pundits and commentators attempting to make sense of what happened. Connor, a former Jesuit priest, began his own passage into silence when he could not make sense of an unthinkable event: An infant tucked safely into a car seat had been killed when a rock tumbled off a cliff and onto her parents' car. As a priest, Connor was expected to have answers, or at least words of comfort. He had none. Two days later, he fled into the mountains to face the silence. His ensuing retreat became his "first circle of silence," a place of no words that was modeled for him in part by an elderly Native American man who "swam in silence, breathed it, ate it." Connor goes on to describe his encounters with the second, third and fourth circles of silence, conveying both his thirst for silence and his struggle to master it. His ability to draw on principles from several religious traditions, including Catholicism and Zen Buddhism, will give this book wide appeal.