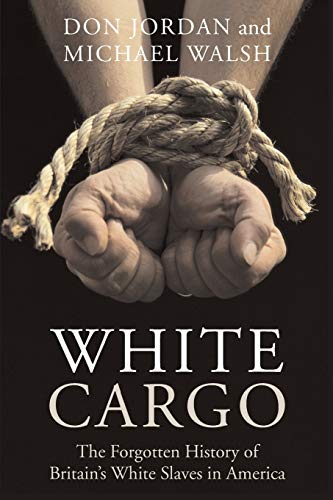 High school American history classes present indentured servitude as a benignly paternalistic system whereby colonial immigrants spent a few years working off their passage and went on to better things. Not so, this impassioned history argues: the indentured servitude of whites was comparable in most respects to the slavery endured by blacks. Voluntary indentures arriving in colonial America from Britain were sold on the block, subjected to backbreaking work on plantations, poorly fed and clothed, savagely punished for any disobedience, forbidden to marry without their master’s permission, and whipped and branded for running away. Nor were indentures always voluntary: tens of thousands of convicts, beggars, homeless children and other undesirable Britons were transported to America against their will. Given the hideous mortality rates, the authors argue, indentured contracts often amounted to a life sentence at hard labor—some convicts asked to be hanged rather than be sent to Virginia. The authors, both television documentarians, don’t attempt a systematic survey of the subject, and their episodic narrative often loses its way in colorful but extraneous digressions. Still, their exposé of unfree labor in the British colonies paints an arresting portrait of early America as gulag. 8 pages of photos.