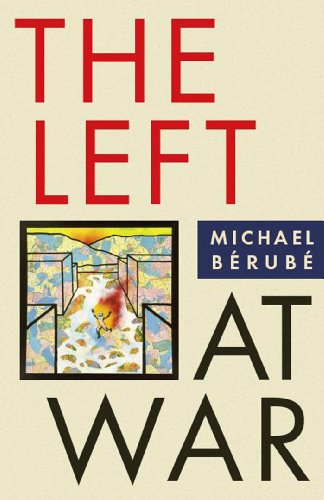 The Left at War

Fresh off the 2008 election and anticipating an ascendancy of leftist thought and political success, Bérubé ( ), cultural studies and literature professor at Pennsylvania State University, provides robust intellectual arguments for how to reshape leftist thought into a powerful, constructive and measurably successful political philosophy—and how to mitigate the damage caused by the “Manichean” left: notably Chomsky and other members of the hard left whom he disparagingly describes as ready to sympathize with “any 'anti-imperialist' who comes along to challenge the Western powers, from Milosevic to Hassan Nasrallah of Hezbollah to Mahmoud Ahmadinejad.” He provides an assessment of Chomsky's appeal and a balanced critique of Chomsky's failings, juxtaposing him with Stuart Hall, who brings what Bérubé believes is the necessary nuance to leftist thinking. Bérubé forthrightly identifies himself as a social democratic leftist, and his effort not only identifies left-wing excesses and elevates its more viable and strategically sound currents, but puts critical thinking back into vogue on both sides of the political spectrum.