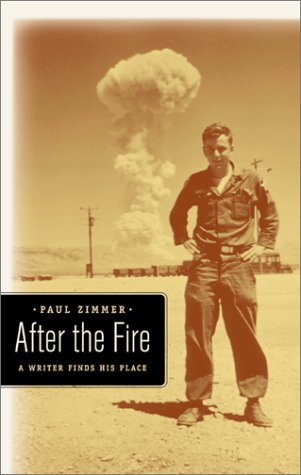 AFTER THE FIRE: A Writer Finds His Place

This thoughtful rumination on the important things in life will greatly interest Zimmer's readers. Of primary importance to Zimmer (), now in his retirement, is where he lives—an isolated house located on 100 acres of land in Wisconsin that he shares with his wife, Suzanne. Although the couple, who have been together for 44 years, had lived in many places while they raised their children, it is in this current home that Zimmer, no longer limited to free moments after working full-time, has found peace and time to work on his poems. However, in order to fit into this rural Midwestern community, Zimmer has allowed several neighbors to hunt on his land on opening day in November, despite his abhorrence of the sport. The Zimmers also spend part of each year in southern France, an area that he enjoys both for its beauty and heretical history. In this gently written, enjoyable memoir, Zimmer reflects on the animals that share his space, including coyotes and the dogs he has owned that helped him "through the very worst patches" of life. In other chapters, he describes his lifelong love affairs with jazz and baseball, as well as the alienation he feels from organized religion.