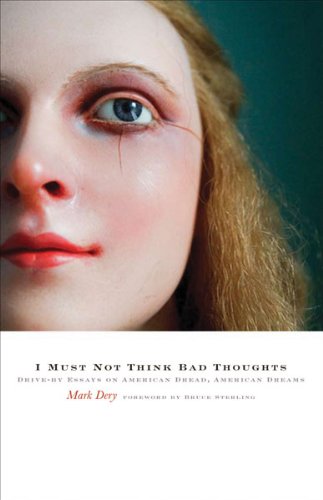 In this new collection of essays, Cultural critic Dery (The Pyrotechnic Insanitarium) pokes fun at American popular culture and shines light on subjects often considered taboo. Exploring music, masculinity, and media, Dery takes on subjects as varied as the depth of Lady Gaga’s intelligence (promising signs are there), jocks, Dubya, and Mark Twain’s legacy. His trio of essays on Hitler and the Holocaust are particularly powerful, bringing a smart, fresh take on the commercialization of the Holocaust legacy; the power of Nazi branding and Hitler’s use of media; and the explosion of online parodies using Hitler as a punch line. Dery, as Sterling notes in his introduction, “judiciously sips the Kool-Aid” when it comes to the less savory aspects of our culture: online fetish pornography—anything you can imagine, and more you can’t—and the Fantasy Decapitation Channel (think guillotines). In “Open Wide,” he wonders if dentalphobes are actually afraid of teeth, not dentists, while in “The Vast Satanic Conspiracy,” an amusing case is made for linking Santa with Satan. Always provocative, often humorous, Dery has a keen eye for absurdity, tragedy, and everything in between. 15 b&w illus. Agent: Andrew Stuart, the Stuart Agency. (Apr.)
close
Details