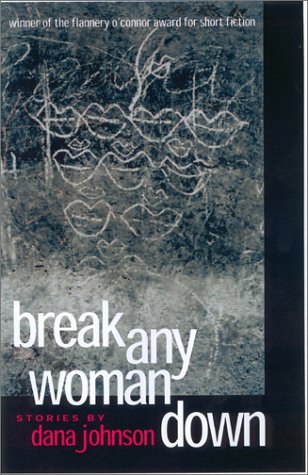 BREAK ANY WOMAN DOWN

The winner of this year's Flannery O'Connor award for short fiction debuts with a strong collection. The majority of the stories are set in and around contemporary Los Angeles and feature African-American women honing their identities in a world that is strikingly different from their parents'. Avery, introduced in "Melvin in the Sixth Grade," contends with her recent move to the suburbs from a poor section of the city and tries to shrug off her status as the only black child by focusing on her first real crush on a white boy from Oklahoma, also an outsider. As an adult, in the story "Markers," college-educated artist Avery is living with a much older Italian man in a relationship that is going sour, and is confused about how to connect with her working-class mother. The ever-shifting tiers of class, race and gender are probed elsewhere as well: in the title story, La Donna is a black stripper whose white boyfriend—a struggling actor in adult films—wants her to quit; "Clay's Thinking" explores the unspoken imbalances in a relationship between a musician and a rich girl, from a man's point of view. Voice is Johnson's strong suit, whether she is representing an adolescent girl, a young urban woman or older relatives spinning tales set in the American South. And rich, unhurried layering showcases her larger themes of African-American identity and migration and renders them universal. Both hip and elegant, these assured stories should simmer and resonate for a wide range of readers.