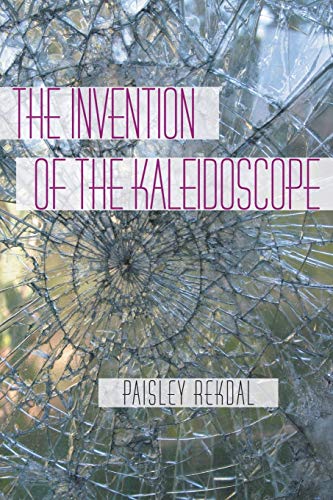 The Invention of the Kaleidoscope

In the two long poems and 17 shorter lyrics of her dazzling third collection, Rekdal's gaze lights variously on a Viking ship, horror movies, her Chinese grandmother's mastectomy scars and "armor on display." Rekdal ( ) writes with a strong rhythm and an eye for captivating imagery. Her speakers are often enthralled by small details such as a moth's "shoulders covered with fine and surprising fur," leaving her and her reader "looking and looking at what I won't release." The speakers of these poems find themselves similarly caught in narratives: "Every story has its archetype, doesn't it?" asks the speaker of "Post-Romantic," reflecting on the last patient of a legendary leper colony who lingers "in the belief she could not step outside." And in the excellent extended title poem, Sir David Brewster's 1830 invention is the backdrop for a narrative about a relationship in Dublin where "last week,/ they tried to set off a bomb on Grafton." Just as a kaleidoscope refracts and changes the object viewed, Rekdal's subjects and protagonists are often unable to tell themselves from the stories they've been told. Rekdal's new poems remind us that "every simple form could be converted,/ beautified by being combined."