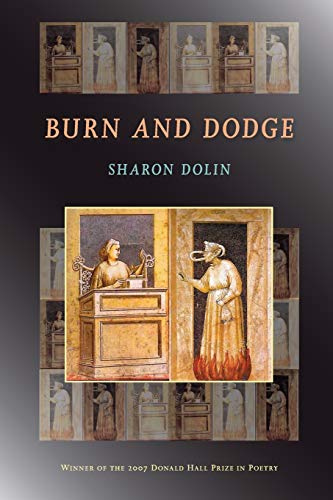 Whatever else she does with the American language, Dolin (Heart Work) has fun: the New York City-based poet's fourth volume combines great verbal ingenuity with a vast set of subjects, some quite serious (motherhood, sex) some near the upper limits of light verse (eavesdropping on ""the summer au pair""), and some in between (a walking tour of Venice, ""Tai Chi in Fog""). At home with the personal lyric, she sounds at least as happy when she can be self-consciously literary: when ""Envy Speaks,"" the personified emotion calls herself ""a naked 500-year-old woman/ riding Death, saddled with a quiver of arrows."" Dolin works, to witty or masterful effect, in Marianne Moore's syllabic stanzas, a sonnet sequence, ghazals, ultra-short-lined and fragmentary free verse, chatty prose poems, and deliberate imitations (of, among others, Moore, the Portuguese genius Fernando Pessoa, and the English peasant poet John Clare). Dolin's best lines display both learning and wit-sometimes they sound comic, or flirtatious: ""A lick over the foot doesn't qualify as a crime,/ though a cigarette butt or a soda can not thrown in a can/ can in the Netherlands."" Among contemporary poets, she may appeal both to fans of the very accessibly urbane (say, Deborah Garrison), and to those who admire more demanding wordplay (say, Kay Ryan). Attentive readers will find credible emotions, real problems of divided love and of middle-aged worry, amid the sometimes baroque surfaces of Dolin's poems. But the surfaces matter: they are the gift she brings.
close
Details