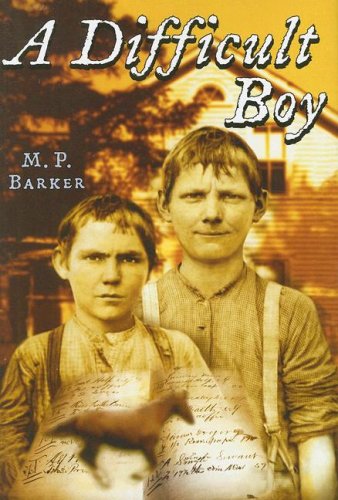 Barker's gift for historical detail illuminates this absorbing first novel, accurately portraying the pleasures and the harsh realities of 19th-century Massachusetts farm life. From describing exactly how to milk a treacherous cow to the precise way a servant ties and knots her shawl over a dress that is “the color of an overdone Indian pudding,” the author adds authenticity to her well-constructed story. Nine-year-old Ethan Root has been “bound” to shopkeeper and farmer George Lyman as an indentured servant. Lyman appears to be generous, and Ethan will have an opportunity to learn a trade. Ethan and his fellow servant Daniel form a bond that grows as they endure beatings and humiliations at Lyman's hands. Barker uses the burgeoning friendship as background for the quickening pace of the text, as the boys discover evidence of Lyman's double-dealings. Readers will like this book for its attention to heady issues like early prejudice against the Irish (Daniel is Irish) and the treatment of indentured servants as young as themselves, and for its satisfying and hopeful conclusion. Ages 10–up.