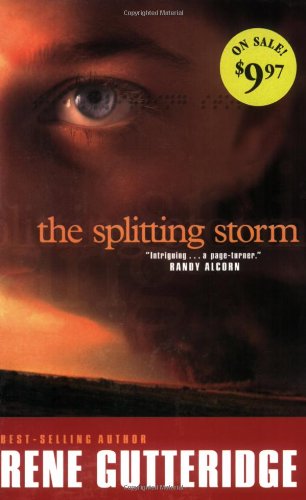 Gutteridge launches her new trilogy with style in this first installment, which offers fast-paced suspense and some intriguing insight into the world of serial killers. FBI agent and tornado-chaser Mick Kline is determined to track down the person who murdered his brother in cold blood. When he becomes obsessed by his theory that a serial killer's at large, he's ordered to take mandatory leave so he can presumably make peace with his loss. Instead, intent on revenge, Kline follows a trail of clues that leads to Bakerville, Tex., where Faith Kemper, the recovering wife of another murder victim, is in hiding—afraid she is next. Faith, her sight impaired by the killer in the same incident that left her husband dead, harbors her own secrets behind her dark glasses. Despite the tension, genuine humor and warmth permeate the novel, and intriguing details about profiling serial killers and symbolism built around storm chasing help keep the reader engaged. The characters have some delightful quirks—Mick is deathly afraid of food poisoning, even keeping his peanut butter in the refrigerator; his partner, Reggie Moore, has never met a diet he didn't like, or that worked. Gutteridge ( ; ) withholds just the right amount of information to keep the reader turning the pages. She strikes a good balance with her faith themes and leaves plenty of room to develop potential romantic interests in the sequel. This novel for the inspirational market provokes a few chills while offering an enjoyable read.