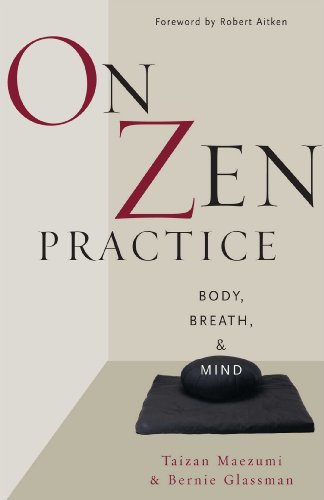 Zen Buddhism is renowned for its emphasis on the lineage of its teachers. This solid handbook, edited by the noted Bernie Glassman Roshi, pays tribute to his Zen master, Hakuyu Taizan Maezumi, who assisted in assembling the materials. Maezumi () was the founding abbot of the Zen Center of Los Angeles (ZCLA) and the successor to three major lines of Zen thought. Before Maezumi's death in 1995, the ZCLA published several anthologies of teachings to cover Zen essentials, known then as and . This serviceable and seasoned anthology draws from those 1970s collections of dharma talks and commentaries. It includes topics such as beginning practice, sitting, chanting, bowing and working with koans, and also expounds on various texts. The choices, including the foreword by the esteemed Aitken, come from nine contributors whose Zen devotion spans the last century. This collection is aptly named, for it indeed seeks to clarify Zen's manifestations in the body, breath and mind with generally very short essays in four sections. Appendices include the Zen precepts and a contact list of the White Plum Asanga (those who received the Dharma Transmission in Maezumi's lineage). A peculiar perfume of jumbled time lingers over this collection, but this in no way compromises its usefulness for beginners and adepts.