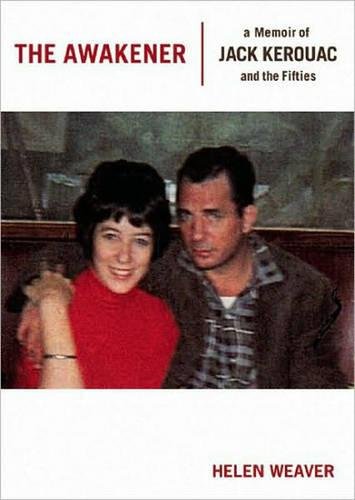 The Awakener: A Memoir of Kerouac and the Fifties

Firsthand witness to the beat literary movement, Weaver ( ) pays homage to the man and the writer Jack Kerouac, whom she met and fell in love with in 1956. Befriending Kerouac, Allen Ginsberg and comic Lenny Bruce, she makes these iconic counterculture figures tangible and captures New York's Greenwich Village of the '50s and '60s. The memoir reveals the author's own awakening—from discovering rock and roll through her personal sexual revolution to Buddhism. A lover of words and language, Weaver—immortalized in Kerouac's as Ruth Heaper—writes this book “as an act of atonement” to Kerouac: “I rejected him for the same reason America rejected him: he woke us up in the middle of the night in the long dream of the fifties. He interfered with our sleep.” She moves from translator to writer, but states she is “uncertain whether it was the story of my own life or the story of the remarkable people I had known.” Ultimately, it's both. Photos.