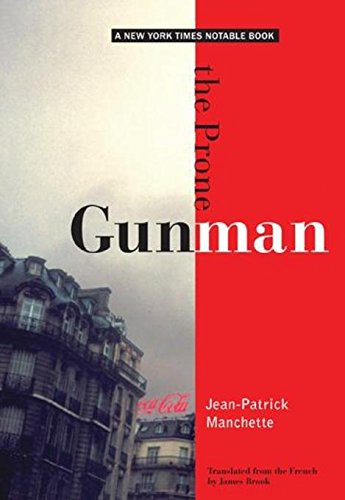 A legend in Europe for the spectacularly tight and innovative thrillers he wrote for Série Noire beginning in 1971, Manchette (1942–1995) retired from the field after this tour de force of violence and the absurd appeared in 1981, apparently feeling he had reached the apex of his art. Martin Terrier plans on quitting his career as a paid assassin and marrying his childhood sweetheart, Anne, but his bosses in the gun-for-hire trade refuse to accept his resignation. Terrier's naïve expectations that his girlfriend will have chastely waited for him are ridiculous, of course, but no more so than his ex-boss's idea that this human killing machine can be forced to perform one last contract on a visiting politician without profound collateral bloodshed. Terse behaviorist prose—"Terrier drew back a little on his seat and stopped pressing the barrel of the HK4 against the throat of the young man"—drives the narrative relentlessly and even gleefully forward. Absolutely nothing goes as planned, while the hit man knocks off anyone who gets in his way even as Manchette mercilessly (and amusingly) chronicles the impotence unexpectedly plaguing Terrier's love life. For the first time readers can experience in English translation the masterful thriller considered Manchette's finest, proof positive that the French knew what they were talking about when they labeled this sort of novel .