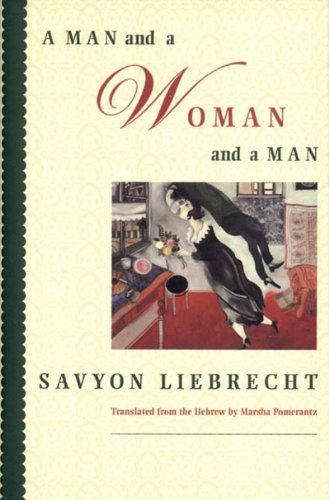 Chronicling a romantic fling initiated in a nursing home, of all places, this convincing if sometimes heavy-handed first novel by respected Israeli short-story writer Liebrecht takes readers on a trip into the adulterous psyche. Hamutal meets Saul when they are both visiting parents at a nursing home in Tel Aviv. Hamutal's mother, suffering from Alzheimer's disease, confuses her daughter with figures from her Holocaust past; Saul's dying father is a once-handsome man rendered pathetic by the difficulties of aging. Hamutal, feeling trapped by her family and her job as the editor of a psychology journal, begins a fling with Saul for the feeling of pure escape she derives from it. But what starts as diversion quickly spins out of control, as Hamutal finds herself increasingly attached to Saul. He seems to love her too, momentarily promising marriage, but he can't commit, because he will have to move back to Chicago, where his family awaits his return. Throughout, the author writes perceptively of Hamutal's feelings, such as the abandon with which she throws herself into her doomed affair and the inner release it provides her. However, more trite, melodramatic aspects of the scenario—the cartoonishly documented wasting away of the lovers' parents, or Hamutal's exaggerated exasperation with her domestic situation—overshadow its moments of understanding and subtlety. The translation is also stiff in places, obscuring the dialogue and disrupting the emotional flow of the tale. Although the situation Liebrecht describes is a universal one, and she approaches it with considerable emotional intelligence, the buttons she pushes to tell her story have been pushed too many times before.