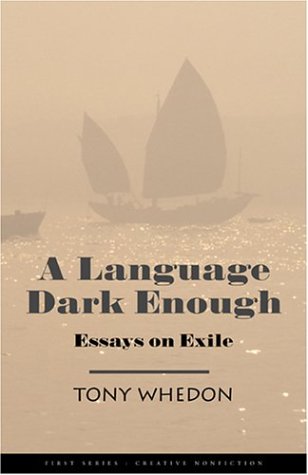 A former professional jazz trombonist turned professor of writing at Vermont's Johnson State College, Whedon draws on his musical background and passion for literature in this collection of personal ruminations, wild travel tales and riffs on poverty and political oppression. The book's title comes from a line in Dante's , appropriate since Whedon seems intent on descending into hellish situations. As he writes about teaching English in China, or navigating governmental procedure in Haiti, Cuba and Ecuador, his restless energy suffuses both his travels and his writing style. Whedon doesn't linger in one place for long, and even his thoughts seem to change focus frequently. One moment he's describing why he's drawn to Mexico, and within a few sentences he's shifted to a tale about a reporter whose mysterious death still fascinates him. Soon after, it's on to Ambrose Bierce and Pancho Villa. A less skilled writer would have made such stream of consciousness prose seem like a lesson in how to write for readers with very short attention spans. But Whedon writes like a jazz soloist, dipping into different moods and tones with artful improvisation, yet keeping his focus throughout on the overarching theme of exploring dispossession. Although he sometimes stumbles into politically shaky situations inadvertently, he never ignores the ugliness of what he sees, and his cool observations bring the work to a different level. His self-imposed exile has many of the elements that make good travel memoirs even better: whimsy, grace and contemplation.