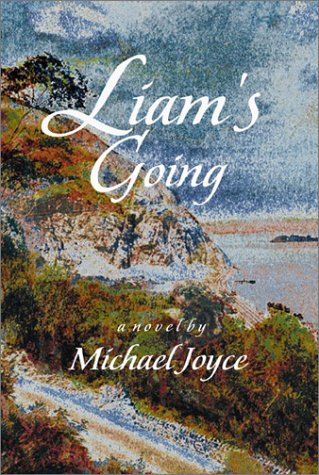 Joyce's new print novel, following many acclaimed hypertext works, addresses with powerful lyricism two parents' psychological adjustments to their son's departure for college, but despite an ear attuned (as in past efforts) to the workings of families, its framework and tone do not always harmonize. As Cathleen, a poet, drives her son, Liam, to school in upstate New York, her husband, Noah, a lawyer, stays behind; in his wife's absence, he helps an 80-year-old dowager administer her estate. While briefly separated, both Cathleen and Noah revel in memories of thrilling illicit dalliance, their last moments of youth—Cathleen's an affair she had during the year following her marriage, Noah's a series of intense encounters with a French poet during his 19th summer. Constructed much like a poem, the novel is composed of artfully juxtaposed lines of dialogue, details and descriptive phrases; its narrative jumps among present, past and beyond convince us that the present is only a thin netting tossed over the past. Joyce's characters are distinct—Cathleen is Oberlin educated and sensitive, Noah is materialistic but soulful and Liam is sullen but capable of articulate outbursts—yet they move in too soft a focus to be entirely believable. Despite a few embarrassingly human moments, such as when Cathleen feels sexual longing for her son or 18-year-old Noah finds himself frightened by the beauty of the French poet whom he has seen only in the dark, these characters rarely reveal imperfections that might make them convincingly human. Still, Joyce's language is often gorgeously musical, and the novel has numerous quiet pleasures to impart.