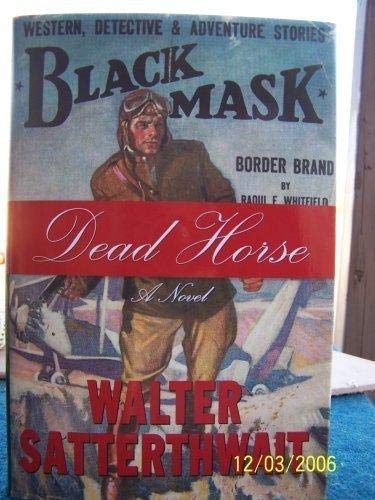 Having put a fictional spin on Lizzie Borden in and Oscar Wilde in , Satterthwait ingeniously reimagines another real-life event—the mysterious death of Emily Davies Vanderbilt Thayer Whitfield, the socialite second wife of pulp-fiction writer Raoul Whitfield, at their desert home near Las Vegas (a ranch called Dead Horse complete with polo field, tennis courts and an unused writer's studio) in the summer of 1935. By that time the couple had separated, and Raoul was living in Los Angeles. The hastily altered death scene, the coroner's verdict of suicide, and the influence of a wealthy and mysterious friend of the Whitfields make any investigation problematic, but Sheriff Tom Delgado doggedly pursues the truth. In spare but effective prose, Satterthwait depicts the Whitfields' flamboyant life together and Raoul's later life alone while raising some interesting conjectures about what was in all probability an unpunished crime.