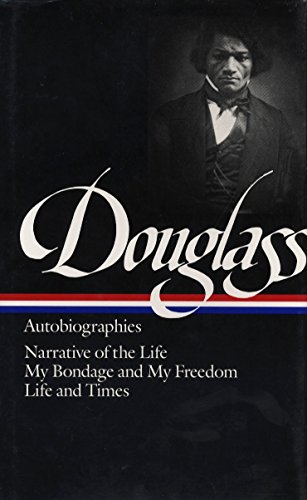 This omnibus volume collects three noted autobiographical works by Douglass (1818-1895), the ex-slave who became one of the nation's most powerful advocates, on the stump and in print, for abolition and racial justice. His first work, Narrative of the Life of Frederick Douglass, An American Slave, Written by Himself , published in 1845, seven years after his escape, set out the cruelties and hypocrisies of slavery, ``thus putting it in the power of any who doubted, to ascertain the truth or falsehood of my story of being a fugitive slave.'' Ten years later, he increased the heat with My Bondage and My Freedom which, though it relies heavily on the earlier edition, also included samples of his speeches. ``Not only is slavery on trial, but unfortunately, the enslaved people are also on trial,'' wrote Douglass regarding this book. After the Civil War, he continued to fight racial injustice through writings about slavery and his struggles during Reconstruction in Life and Times , which, though first published in 1881, is presented here in the updated 1893 edition. The volume includes a detailed and lengthy chronology of Douglass's life and work, as well as notes and an essay on the varieties of past Douglass texts contributed by Gates, who chairs the Afro-American studies department at Harvard. However, the book would have been more valuable with an introductory essay and a more extensive comparison of the three autobiographies. (Feb.)
close
Details