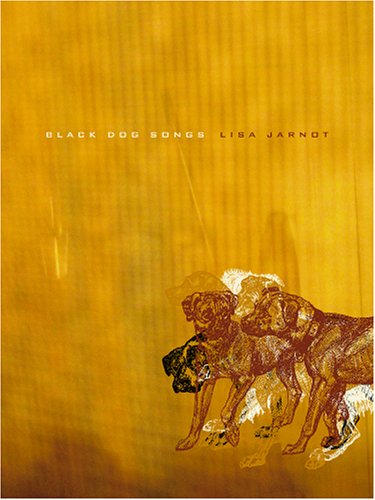 Mantra and echolalia, playground rhymes, Gertrude Stein-esque repetitions and Blakean mysticism sit uneasily—and inspiringly—beside deep lyric purpose and antiwar protest in this exuberant third full collection. Jarnot ( ), whose biography of the charismatic California poet Robert Duncan will appear in 2005, splits the volume into four quasi-independent sequences. The first (not quite self-mockingly entitled "Early and Uncollected Poems") flourishes an array of comic moments: "Oh, Canada, you are melancholy today/ and so am I." "My Terrorist Notebook" comprises brief, often sarcastic political works, dedicated to (among others) Donald Rumsfeld and George W. Bush ("The chicken wing factory is lit up in flames"). A third sequence, "They," organizes a sort of fugue around the phrase "They loved," bringing in prose blocks and a deliberately frustrating sestina for cumulative elegiac effect, as if all that "they" loved would soon be lost. In the fourth and strongest sequence, "Black Dog Songs," quatrains and couplets based on Blake (and Edward Lear) strain to squeeze free of prose meaning: "the shift of stars in otter light,/ the twilight chicked limbs delight." Side by side with such incantations, however, quieter poems explore hopes and regrets: the subtle lyric called "Lisa Jarnot" surely deserves to end up in many anthologies.