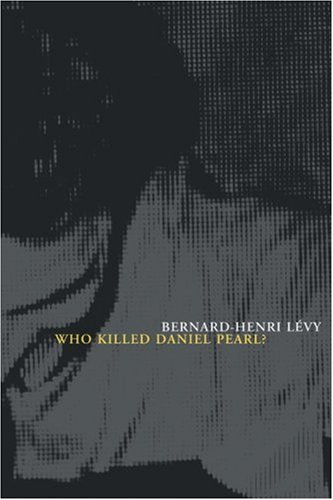 Ostensibly an investigation into the murder of reporter Daniel Pearl, this ends up being a much more ambitious account of the nefarious complicity of factions as varied as the Pakistan's ISI (the secret service), regional Islamist groups, a wealthy landowner, Pearl defendant Omar Sheikh and al-Qaida. It's a gripping read, as full of suspenseful twists as of bold and occasionally loose theories. At their root is Sheikh, the English-bred Pakistani radical who was convicted of masterminding the Pearl crime. But this conviction, in the author's fast-moving mind, is far from an open-and-shut case, and Lévy follows up his preliminary conclusion that "the affair contained a heavy and terrible secret." What that secret is grows and changes, but in the final analysis it comes down to Sheikh being an operative of both the ISI and al-Qaida and then taking the fall for both at the trial. Pearl, Lévy argues, was killed not for who he was, but because of what he had discovered. The conclusions, however, are in a sense less important than the ride that gets us there. The author's moments of gonzo journalism are thrilling, as when he penetrates a forbidden (seminary) by posing as "a special representative of the French president." The earlier passages of the book, which take some literary license in describing what Pearl must have felt, is alone worth the price of admission. This book is a controversial bestseller in France, where Levy has long been a leading philosopher and writer. Here, interest in Pearl and the larger issues makes this both fascinating and essential, even if you don't quite buy it all, and a credit to the investigative reporter whose work it seeks to honor.