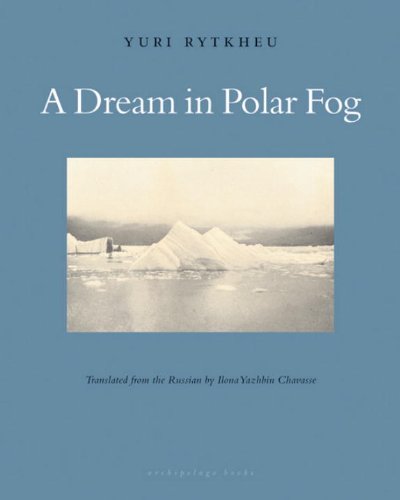 A DREAM IN POLAR FOG

Siberian-born author Rytkheu chronicles a Canadian sailor's life among the Chukchi people of northeastern Siberia in a lyrical, instructional novel that reads like an adventure story wrapped around an ethnography. When ice traps John MacLennan's ship in the Bering Strait in 1910, not far from a Chukchi settlement, the youthful, naïve sailor, trying to widen a small fissure in the ice with dynamite, blows up his hands. His captain hires several Chukchi men to take him by dogsled to a Russian doctor—a long, arduous journey—and vows that the ship will wait for his safe return. But when gangrene sets in, John's hands must be amputated by a medicine woman, and when strong winds break the ice shelf mooring the , the ship sails without him. The rest of the novel details John's integration into the Chukchi world: adapting to his handicap, adopting Chukchi ways and finding friendship—and love—among his hosts. Even John's role in the tragic, accidental death of his best friend, Toko, only pulls him deeper into the community's folds. Rytkheu's clear, compassionate prose ("Winter days resemble one another like twins") ably evokes a foreign, fragile world.