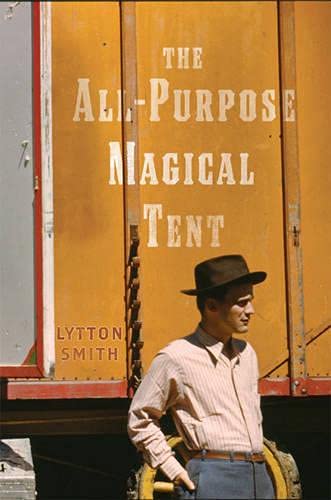 Smith's debut shows imaginative ambition and rare internal variety, along with a tropism towards allegory. The title refers to the dazzling sequence—with prose poems, single-line stanzas, couplets and other unrhymed forms—in which an eternal circus represents all of humanity. One poem pursues “The Tightrope Walker's Childhood”; in another, “there's nothing magical/ About the magical.” Other poems are set in Neolithic villages, where the beginnings of civilization—the first fire, the first art, the first conquests—take place in lines of elegance and suppressed horror: “We temper copper on the back/ of toppled menhirs, stone// columns with small brunt/ for the harrying blow.” Still other lyric efforts pursue ecological consciousness, albeit in dreamlike fashion: “The hybrid wildlife of irises visible// in the foliage. Language, we are moving on again.” The New York City–based Smith does well with the language that signals his U.K. upbringing: “in the centre/ of the sheep-field lemurs somehow” appear “at the lilt of the road This Roman road.” Yet such scenes seem anything but antiquarian—they are fantastic and earthy, strange and inherited, classical and idiosyncratic, at once. Smith's sequences have themes and forms rather than gimmicks, relying on imagination rather than on any biographical facts. His powers ought to help this book, and its author, last.