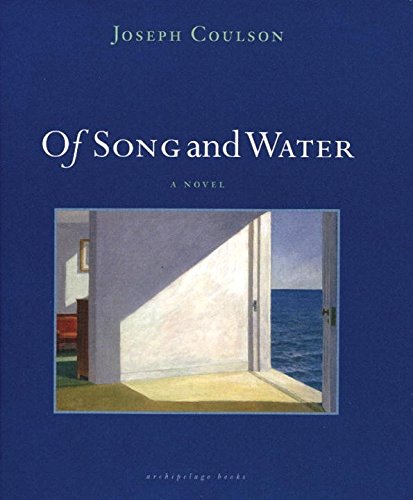 Of Song and Water

Coulson ( ) mines a put-out-to-pasture jazz guitarist's halcyon past and hardscrabble present in a poignant sophomore outing. It's 2003 and Jason Moore (on stage, he was Coleman Moore) lives near Detroit, driving a beer delivery truck. Though his battered hands can no longer handle a guitar, they work well enough for drinking, which he does frequently while reminiscing about his band, the CBT Trio, once the toast of Chicago. Other frequent rumination topics are Maureen—the girl he married and lost—and Jennifer—the girl he didn't marry. Tragic memories of his paternal grandfather Havelock and father, Dorian, both skillful sailors, also haunt Jason. The one joy in his life is his 17-year-old daughter Heather, though they, too, hit a rough patch after her high school graduation. The book isn't a total downer; the jazz scenes crackle with energy and authority, and Jason's sexy religious zealot landlady generates some chuckles. Coulson moves fluidly between the past and the present, and the novel is ultimately quiet, affecting and redemptive.