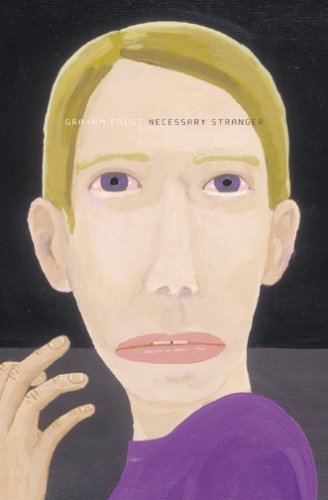 In his intense, hip, ironic and subtly humorous third book, Foust ( ) takes a look at ideas and things that distort one's view of the world at hand: pop culture, consumerism, poetic tradition, emotions and language itself all interrupt these poem like trees blocking a view of the mountains, or, more accurately, skyscrapers blocking a view of the trees. What's left is the "Barest Gist"—as Foust calls one poem—of what's there. Beauty is tweaked by a contemporary America populated by irreconcilable opposites. In a love poem called "Google," "A dead bag commutes/ between the street/ and the trees." Hauntingly, things aren't what they seem, or even what they should be: "What I take to be/ the stuffing from/ a toy/ animal isn't," and "...the sky/ above a prison is a lie." Often writing in jagged couplets and tercets, but also moving through a host of poetic forms and high and popular cultural references—there's a sonnet, a pantoum, a haiku and poems that wink at Frank O'Hara and the '90s rock band Pavement—Foust catalogues the contents of an oversaturated mind in 52 short, jumpy poems, always in search of some remnant of the real thing: "I wonder// how much per sway/ is the wind worth today/ in these trees?"