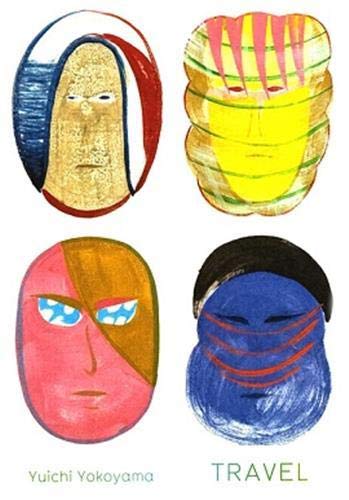 One of the weirdest and most startlingly original volumes of manga yet published in America, this wordless graphic novel has no plot to speak of: three men board a train and walk through it until they find seats, then ride through changing scenery until they reach their destination, a waterfront. That's it. The point of the book is Yokoyama's outlandish, hyperstylized designs for characters, architecture and landscapes. Everything and everyone is abstracted until nothing is left but a few identifying features; some sequences, as when the train passes through a rain shower, are almost pure pattern. (No other cartoonist likes drawing antislip flooring as much.) Read it quickly, and it zooms by like light poles past a speeding train's window. Linger over any page, though, and Yokoyama's diagrams of antiwind cigarette lighters and 20-lane highways, symmetrical buildings and identical trees start to make a bizarre kind of sense. His visions all seem invented rather than observed—they're a blueprint for a more orderly reality, rather than an interpretation of something that already exists—but there's something riveting about his endless, madly energetic variety of environments and perspective. And his end notes are hilarious, interpreting almost every page as if he's not certain what he drew: “The landscape seems to symbolize something.”